skip to main | skip to sidebar


For a fabulous family day out I highly recommend the Royal Belgian Institute of Natural Sciences.   It is a fantastic museum and an absolute must-see for any dinosaur aficionado in your household!   Our budding palaeontologists were in dino heaven walking around the huge hall with a phenomenal collection of dinosaur skeletons and the amazing display of Iguanodons found in a Belgian mine in the 1870s.  They also really enjoyed the mammal exhibits and the evolution displays.  There are lots of interactive elements to the displays as you go around which the kids loved, lots of button pressing and wheel turning for them to enjoy.  There were also several options for hands on activities for the kids but we didn’t actually have enough time to take part in any of them.


The kids had a fantastic time running from exhibit to exhibit and it is amazing how much information they actually pick up while tearing around looking at things.  We spent 4 hours there and still didn’t manage to see a large chunk of the permanent exhibitions or take part in the kid’s activities so a return trip definitely needs to be planned.   Our in-house dino expert was disappointed not to see an Allosaurus skeleton (he has very specific requirements!)  but generally rated the museum as “really cool”.  The sheer size, scale and huge range of things to see is a bit mind boggling so several visits would be needed to really do it justice.   For a day’s activity on a cold, wet Brussels Sunday I think it would be hard to beat.

Getting there
The museum is located very close to the European Union buildings and can easily be found from Troon or Maalbeek metro stations.  We walked through the Espace Leopold to get to the museum and so took in some of the iconic sights of Brussels’ European Quarter.  It took about ten minutes walking at a 3 year olds pace to get from the metro to the museum.  There were plenty of buses and trams which stopped at Place du Luxembourg too so there are lots of options for transport.

Facilities
There was a free cloakroom for coats and bags which helped as the weather was bad when we visited.  There is a small café which was pretty chaotic and had a limited selection of food available but there was also a ‘picnic area’ (ie a room with tables and chairs!) where you could eat your own food.  We’ll definitely take a packed lunch next time! There are toilets around every corner and it is very wheelchair/buggy friendly.  The staff were helpful, although in a slightly surly Gallic way!  We found that most people spoke French but understood Dutch or English.  There was a very well stocked shop but it was pretty pricey.  Entrance tickets were under €10 for adults and free for 0 to 5 year olds which is very good value considering the size of the museum and the amount of time you can spend in there. 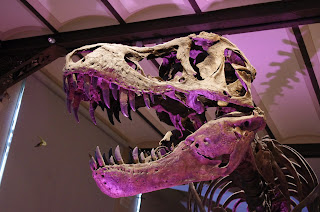 My top tips for living through building work Dutch style


Last year we spent nine months going through the process of having our house extensively re-modelled.  I am regularly asked about the experience of having building work carried out in the Netherlands so I thought I’d put together a few of my observations and tips for those of you who are considering “getting the builders in”!

1 - Get recommendations
It may be obvious but sometimes it takes a bit of work.  Because we delayed our building work until we had been living in the house for three years (we thought we would get the ‘having a baby bit’ over and done with first!) I had plenty of time to think about what I wanted done to the house.  When I was visiting people with houses like ours where work had been carried out I always asked “would you recommend your builders?”  Through this process I gathered lots of ideas about how I wanted the house to be re-modelled and who I might ask to quote for the work.

2 - Shop around
It is probably my working background but I have a golden rule that I must have at least three quotes for all work before I make a choice.  In the case of the extensive glazing work we’ve had done I’ve now spoken to at least six different companies and we’ve had three different window companies carry out the various work around the house!  I haven’t always chosen the cheapest.  Most of our work was carried out by a local guy whose work I had seen at a friend’s house and he proved to be excellent at advising us and carried out all his work to a very high standard.  However for one of our bigger glazing jobs I went for the cheapest option and saved around €7,000 from our original quote for the work!

3 - Haggle
I love a bargain! So while I may not have been quite so careful how we spent money on some things (we really ‘splashed out’ on our two new bathrooms.) I drove a hard bargain for others. I told the kitchen planner that he had an Ikea budget for our kitchen and we got a great quality German kitchen for a fraction more than Ikea price, plus they threw in their display dishwasher for free! I went between two glazing companies telling each what my latest quote was from the other until I got them to the price I was prepared to pay.  I took a picture of the cooker I wanted in Hornbach with its price tag and emailed it to my kitchen planner saying we’d buy the cooker ourselves if he couldn’t match the price, so he did!  All these tactics slimmed our budget, although building work here is very expensive compared to the UK, particularly the cost of materials.

4 - Get a good project manager
For our major building work we had a designer who planned all the work with us then we had a project manager for the on-site work and he was amazing.  As soon as he walked into the house he picked up all the issues I had been worried about before I had a chance to mention them myself.  He guided us through the process, helped us make decisions when things were not going according to the original plans and advised about what to do for the bits of work we undertook ourselves.  I had complete confidence in the build throughout because he was in charge and when the plasterer had a falling out with the carpenter he dealt with it all and I didn’t have to get involved in their little tiff! (NB builders can be very sensitive, territorial creatures who need their egos stroked and space to do their own thing in their own way.  If you can’t deal with that, and I really can’t, then having a project manager who can is a big advantage!)

5 - Vive la difference!
Our builders were mildly horrified when they realized we were not planning to move out during the build.  Apparently it is the usual thing to do, but when you have no relatives nearby and your budget doesn’t stretch to hotel accommodation for three months it is not an option! So they had to learn to live with us and us with them.  When I came down one morning to find the kids and builders all sat around the kitchen table together eating breakfast I did wonder if we had all gotten a little too used to living with each other!  They were also bemused by some of our design choices as they were very different from what their Dutch clients choose.  However we all agreed that the end result was a great combination of Anglo/Dutch design and ideas.

6 - Contingency
We built in a 30% contingency to our budget.  We should have built in 130% instead!  Building work always costs more than you expect, there are always hidden problems that you find once work begins.  You can also find that once you start fixing things around the house it’s a little addictive, so you end up saying “while you are here, could you just move that radiator for us?” etc.  You either need to be completely disciplined and stick to your original work specification with no variation or accept the budget will need to stretch!  It also helps to have practical contingencies for when the house is not functioning.  Fortunately we have a friendly neighbour who we could go to for dinner when there was a big hole in the middle of the house and the ceiling in the dining room had fallen down!

7 - Embrace the chaos
If you cannot live in a house where everything is covered in brick and plaster dust, where big hairy blokes are lurking in your house night and day drinking endless cups of coffee and where all your belongings are piled high in a corner of what used to be your living room, while the kids sleep in a small corner of what used to be a bedroom but is now a storage unit, then DON’T DO IT!!! Buy a brand new house instead.
Posted by Expat mum in NL at 04:12:00 No comments:

Expat mum in NL
In my previous life I was an environmental scientist. I am now an expat mum currently working as a writer and editor. In my spare time I write articles about expat life and a wide variety of other subjects. Mostly I write for the engineering sector and write for my own enjoyment. I also try to find time to have fun with my family and manage a busy house where friends and family are always welcome for a cuppa and chat or place to stay. I try to balance my writing work with the requirements of my two most demanding clients, my son and daughter, who keep me very busy creating stories, crafting fantastic pieces of artwork, making up jokes, rhymes and singing songs every day.